The best places to visit in the United States: The Big Rock Tour 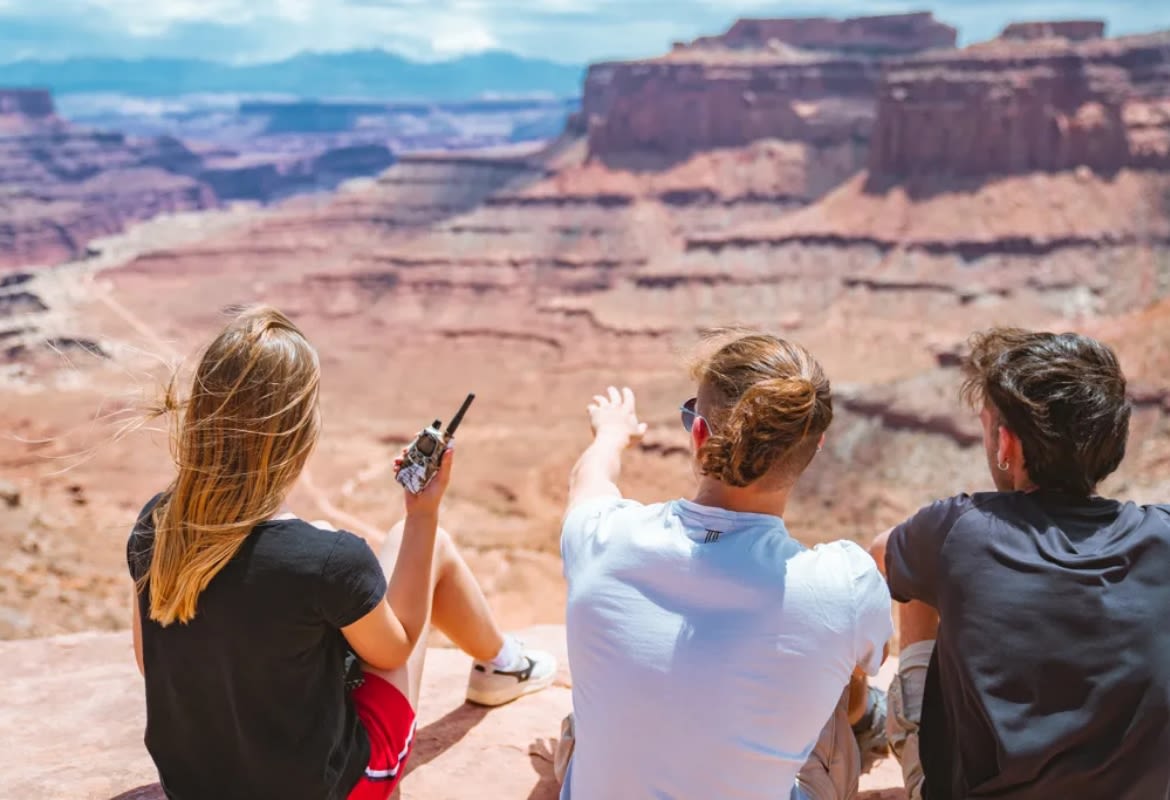 Have you ever dreamed of traveling to the United States? Get inspired by the Big Rock School tour. If you are with traveling companions, equip yourself with walkie talkies so that you always stay in touch and updated even where the phone doesn’t pick up.

Big Rock is a school dedicated to all those who want to learn the techniques to create 3D animations, visual effects and music for cinema and TV, video games and digital illustration. Within this campus, surrounded in the nature of the Venetian countryside, future generations of artists are born. In fact, 90% of new releases between films, series or games, boast the name of at least one BigRocker in the credits.

Our collaboration with Big Rock School starts in 2016. Over the years we have provided guys with different models of walkie talkies that have accompanied them on their trips around the world. Thanks to the radio, the BigRockers were able to communicate with each other even in the places where the telephone was not picking up: chatter, information and security always at hand.

The students of the last edition of the 2022 master left last June 29 to live one of the most exciting journeys of their lives. If you're thinking about traveling to the United States, take notes and find out more details on the Big Tour blog.

After leaving Italy and after 25 hours of travel, the BigRockers finally arrive in Las Vegas. Once they leave the desert, the first stop of the trip is Zion National Park, an expanse of red rock canyons that is a bit reminiscent of “Wile E. Coyote”. The next day, the journey proceeds to Bryce Canyon.

“A jungle of rock pillars and streets dug by the wind that you think the Martians placed there.”

After skidding through the Martian landscapes of Capitol Reef, the boys proceed their journey to Canyonlands National Park until the Corona Arch. With the G7 Pro, students were able to share the show around them even with their classmates who preferred not to get there.

The journey continues to Gold Point, a surreal place where students find a message inside a bottle left there 6 months earlier by their colleagues from the previous master's degree.

“At first Gold Point welcomes you like all the camps seen on the roadside during our journey, with wreckage and a few shacks... but only after a few tens of meters, the shacks make sense and you are thrown back at least 200 years, into a real ghost town in the Far West.”

After spending July 4 in Salt Lake City, the tour continues to Las Vegas. Here students have the opportunity to relax and have fun for two days. Next stop is Sequoia National Park.

“It's early afternoon when we start climbing the mountains of Sequoia National Park. The temperature drops and, right at the top, one, two, three, ten giant redwoods finally appear, like the rocks we left in Utah. We park and continue on foot in the middle of the woods of millenary trees. Every now and then you can see these huge trees, with a diameter impossible to embrace and the height of a four-story building.”

After seeing General Sherman, the largest tree in the world (at mass level), we continue towards Death Valley: temperatures up to 49 degrees, 3 punctured wheels and an incredible instinct for survival. Here, the G7 Pro radios were truly essential: thanks to an open communication channel, guys were able to receive continuous assistance even during the tire change.

“We have learned over the years that, when the desert challenges you and takes something from you, in return it gives you the instinct of survival that makes you decide in a lucid way what to do in a short time.”

Finally, after driving more than 3,000 kilometers, guys arrive in Monterey and finally find the ocean. After the inevitable stop at Pixar, the trip ends in San Francisco.

“We saw deserts, canyons, salt lakes and giant forests. We return with a heart full of images and with the curiosity to take new and unexpected paths.”

Follow the Big Rock School on Instagram, relive their tour on Youtube and remember to leave equipped for your next trip: choose one of our walkie talkies!